Here you can find small programs which demonstrate certain techniques or are just interesting, but not really useful.

A Single Image (Random Dot) Stereogram is a single image which you can see as real 3d inclusive depth effect just by crossing your eyes. This program creates such SIRDS in realtime using hardware accelerated shaders. It contains some different textures and objects, and it requires OpenGL, Java and lwjgl. 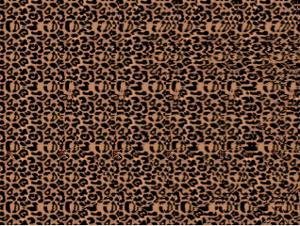 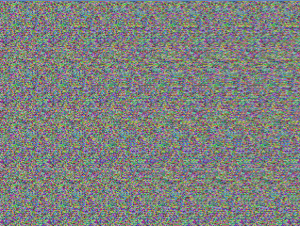 2010
This program renders some 3d objects as anaglyphs (red/cyan) with user centered projection. The user or better the 3d glasses are tracked by a webcam, by searching the redest/cyanest area in every frame. The download contains the source and a linux amd64 binary. 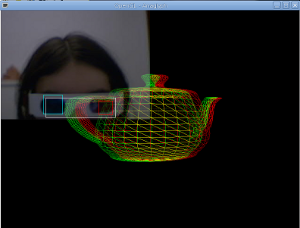 This intro was created for a contest (sadly only two people took part in it) and it came on place one. You can see an attack on Coruscant, for which a bluff attack is maked at Praesitlyn. It is only 40KB big, but it needs FMOD for sounds, and Windows.

This program draws snow on the screen, which falls from the top side to the bottom side.
You can only stop it with the task manager.

2007 - 2008
Using IAT-hooking RegStealth captures every registry access of every program and passes it to XML-files. The current version is merely a proof of concept. You need at least W2k to use it. Its features are:

2007
This program is meant to be able calculate the conformation of a molecule, either with quanten chemistry calculations or with a very simple model.
However, it doesn't work, you can read about the problems, in this German text.
But you can use the program to draw Lewis structures and see the 3D structure of very simple molecules.

2004
This program simulates each file of a drive on another (existing) one and hides every file of the original one.
It doesn't change the type of the drive, so it is able to read files of a harddisk from an CD-ROM, without the possibility for normal programs to determine the original location.
If the original files are in a sub directory, you can create a new drive containing the files of the directory with the DOS-program subst.
This program works only under W95, 98 and ME, because of the used driver functions.
If a bluescreen appears, this is not necessarily a problem, perhaps it shows just debug information. Then you can press any key to continue.
The GPL-licensed source (203 KB) contains two parts, the important driver programmed in C and assembler needing MASM, Visual C++ (Toolkit) and the 98-DDK (all 3 from Microsoft). The other part is the caller which is programmed in Delphi. You can learn the basic of W95 file system functions with this code.

2004
This program shows a file size of 7.45 ExaByte (=8,000,000,000 GB) for every file in a certain directory. It doesn't matter that such big files don't fit on the drive.
It is mainly the same as FileSim, but it manipulates a different aspect of the file system.
It works only under W95, 98 and ME, because of the used driver functions.
The GPL-licensed source (162 KB) contains two parts, the important driver programmed in C and assembler which needs MASM, Visual C++ (Toolkit) and the 98-DDK (all 3 from Microsoft). The other part is the caller which is programmed in Delphi. You can learn the basic of W95 file system functions with this code.